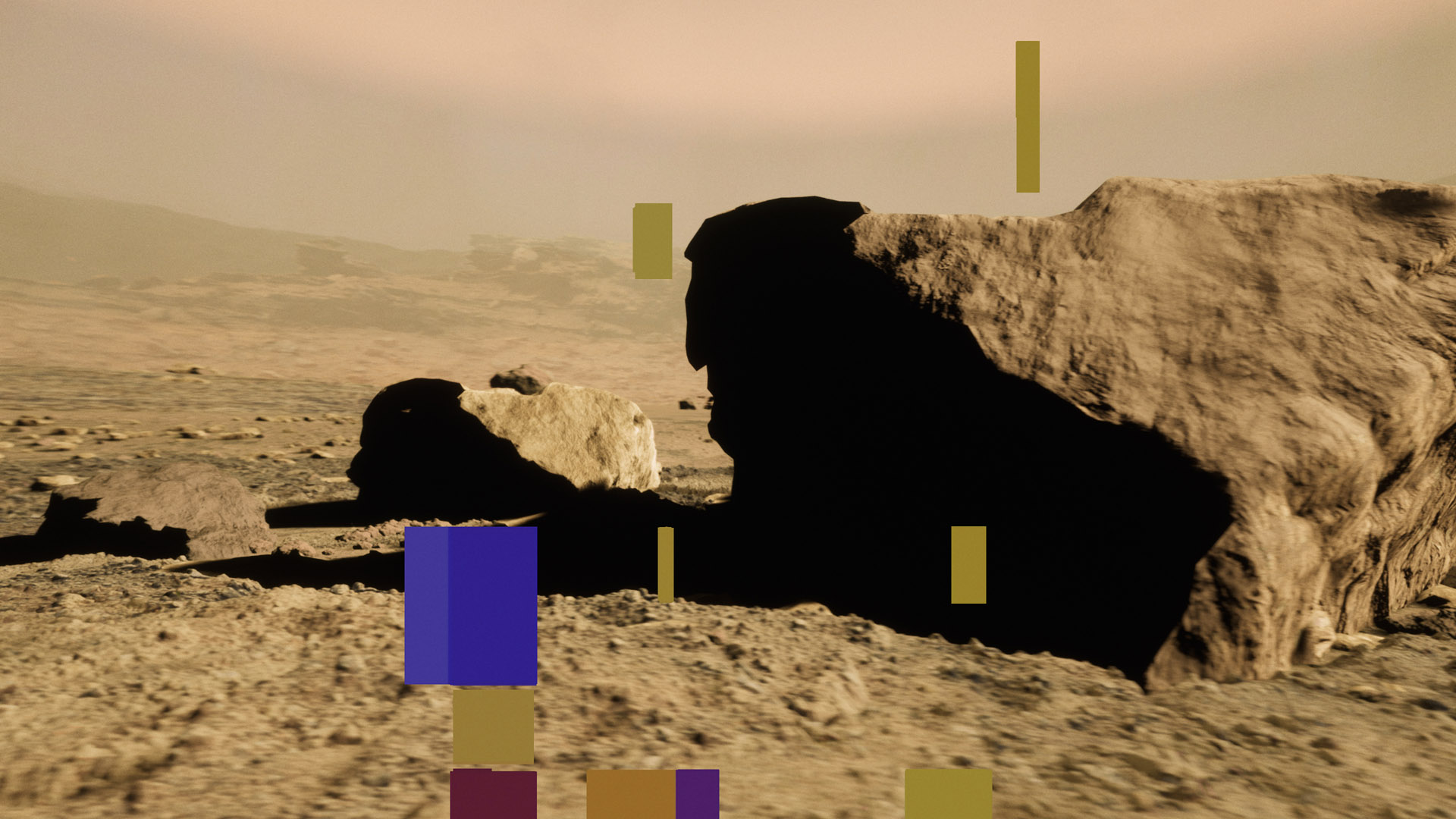 The event have been moved to Jitsi, please join https://meet.jit.si/FragileLifeAndCelestialMatters
Please switch off your camera and mic when entering the room, thank you.
You're warmly welcome to post your questions and comments to the Jitsi chat.

With Field_Notes - The Heavens the Bioart Society started to explore the interface between space and earth. Fragile Life and Celestial Matter(s) continues this inquiry with two online panel events bringing together a group of artists and researchers who work on space related issues for many years.

Space evokes big questions of where does life come from and where might we go? However, space is also a contested environment where the default politics of colonisation, militarisation, resource exploitation and pollution are replicated. But what kind of ecologies and politics do we want for earth and space and how do we get there? During the two online panels a group of eight artists working on matters related to space and politics, biology, complexity of otherness, depression or space travel, will discuss their point of view and the potential of art in space. As one of the participating artists, Adriana Knouf, puts it: Xenology means not running away from the strange or alien, but rather highlighting it, foregrounding it, understanding it as vital practice necessary to a world that attempts to be made homogenous through capitalism.

Fragile Life session, moderated by Antti Tenetz
With Andy Gracie, Flis Holland and Adriana Knouf
Tuesday 26.5.2020 at 18 - 20 EEST / 17-19 CEST
Agency and embodiment of life in space - What is it like to be in space - Resilient beings

Andy Gracie works across various disciplines including installation, robotics, sound, video and biological practice. This work is situated at a point of separation between the arts and the sciences, creating situations of exchange which allow new understandings and knowledge systems to develop. Much of his work involves reactions to and engagements with the science of astrobiology and other forms of space research. He looks at space as a non-human and unfeeling environment, balancing wonder with awe and fear.  His practice employs scientific theory and practice to question our relationships with exploration and experiment whilst simultaneously bringing into focus the very relationship between art and science, and how new knowledge is culturally assimilated. Much of the work also features an ongoing engagement with semiotics, simulation theory and apocalyptic scenarios. More at https://www.hostprods.net

Ewen Chardronnet is an author, journalist, curator and investigative artist. Currently acting as curator of the artists-in-residency program at the Roscoff Marine Station (Brittany, France), he has since the early 90s participated in many artistic endeavors and published as an essayist in numerous publications. He has lectured extensively and has served on various boards and committees in the field of art and technology. He is co-founder with the artist group Bureau d’études artist group of The Laboratory Planetjournal. Ewen is active in the field of space culture for twenty years. His last publication is a nonfiction narrative book on the secret history of the American space program (Mojave Epiphanie, Inculte, March 2016). More at https://www.ewenchardronnet.com

Ivan Henriques is a transdisciplinary artist and researcher working in multimedia installations examining living systems. He explores in his works hybrids of nature and (technological) culture creating new forms of communication between humans and other living organisms. He considers nature as inspiration and a necessary factor in the development of the technological world. Ivan developed the interdisciplinary group Hybrid Forms and is the director of the mobile residency program EME (Estúdio Móvel Experimental, since 2008). His works are exhibited internationally, participating in festivals, residencies and talks. More at https://ivanhenriques.com

Flis Holland tangles self-harm with sci-fi and sci-fact. Commonly seen as failures to cope, depression and linked behaviours are treated by Flis in ways that acknowledge some level of agency, strategic use, and resilience. Flis spent 2019 developing Gravity doesn’t keep you down I do, a guided tour and professional breakdown. Culminating in a New York residency to research asteroid strike simulations, it revisits Flis’s short-lived career as an engineer of asteroid defence systems. Quit due to sexual misconduct, the industry’s heroic sci-fi narratives are compared to the grim banality of workplace sexual politics. Two wildly different takes on what a crisis is and what survival looks like. Flis is a DFA candidate at the Finnish Academy of Fine Arts supervised by Taru Elfving, and is currently supported by Kone on a COVID-19 home residency. www.instagram.com/fiilisholland

Adriana Knouf (she/her/hers, sie/hir/hirs) is a scholar and artist researching noise, interferences, boundaries, and limits in media technologies. She is currently developing the theory and practice of xenology, or the study, analysis, and development of the xeno (strange, alien, other). As the founding facilitator of the tranxxeno lab, her writings, projects, presentations, and interventions suggest expansive modes of being in the cosmos while simultaneously imagining new queer futurities. Knouf extensively draws upon her transdisciplinary background as an artist, scholar, designer, scientist, and engineer in her work. More at https://zeitkunst.org

Minna Långström is a media artist and filmmaker. Her artistic work consists of films as well as cinematic installations with focus on social perspectives on technologically mediated narratives and visual technologies, as well as certain political histories and their cinematic influences on the present. The intuitive experience and role of the viewer is a central aspect of her installations. Her work processes tend to be extensive, well researched and interdisciplinary.  Her work has been exhibited at museums such as Kiasma Museum of Contemporary Art in Helsinki, Frankfurter Kunstverein and Nassauisher Kunstverein, and in galleries such as Interaccess Gallery in Toronto, Kunsthalle Lophem in Belgium, and Kunstfort Vijhusen in The Netherlands. Finnish galleries that have shown her work include Gallery Sinne, Elverket, Forum (Media) Box and MUU Gallery.  Her films have been competing at, or part of the official selection at several international film festivals, such as Jihlava IDFF, Tampere Film Festival, Bergen International Film Festival, DocPoint International Documentary Film Festival, and Imagine Science Film Festival in New York, among others. More at http://minnalangstrom.net

Axel Straschnoy is a visual artist interested in the relationship between humans and the mechanical and symbolic devices they use to apprehend, represent and archive the world. His work is based on long-term, research-based projects, often collaborative in nature. He is interested in alternative venues and ways to frame the encounter between work and audience. He created the production company Kolme Perunaa as a tool to realize his work. More at http://axel.straschnoy.com

Antti Tenetz is a visual artist. He works as regional artist for bioart in Finnish Arts Promotion Center. He’s works are situated at the interface between media arts, biological arts and urban art. His focus is on multi-disciplinary and multi-artistic cooperation between art and science, and he often uses technologies such as drones, satellite tracking, game engines and machine learning. Tenetz’s works and cooperation projects have been exhibited in Finland and internationally, including at the Venice Biennale, Tate Modern Exchange program, Science Gallery Dublin and Lumipalloefekti exhibitions, X-Border, ISEA Istanbul, Pan-Barentz, and e-mobil art. For his speculative work Perihelion/Rage/secret_lover, he explores biological materials such as bacteria through the use of technologies and makes visualisations in which biology and technology merge. As outer space presents us with a new context for our humanness, his work helps us to imagine what life might look like on other planets. More at http://www.tenetz.com

Miha Turšič is an artist, designer, and researcher, dedicated to the development of arts and humanities in outer space. He designed works in reference to the human condition in outer space, developing post-gravitational art and artistic satellites, founded Cultural Centre of European Space Technologies, an institution with dedicated Cultural Space Programme and actively developing cooperations between space and art institutions in Europe, Russia, United States, and China. Currently, he works at Waag as a concept and project developer, specialized for art-science interactions. More at https://mihatursic.squarespace.com

Image credit: Minna Långström & Napa Films Ltd 'The Other Side of Mars'