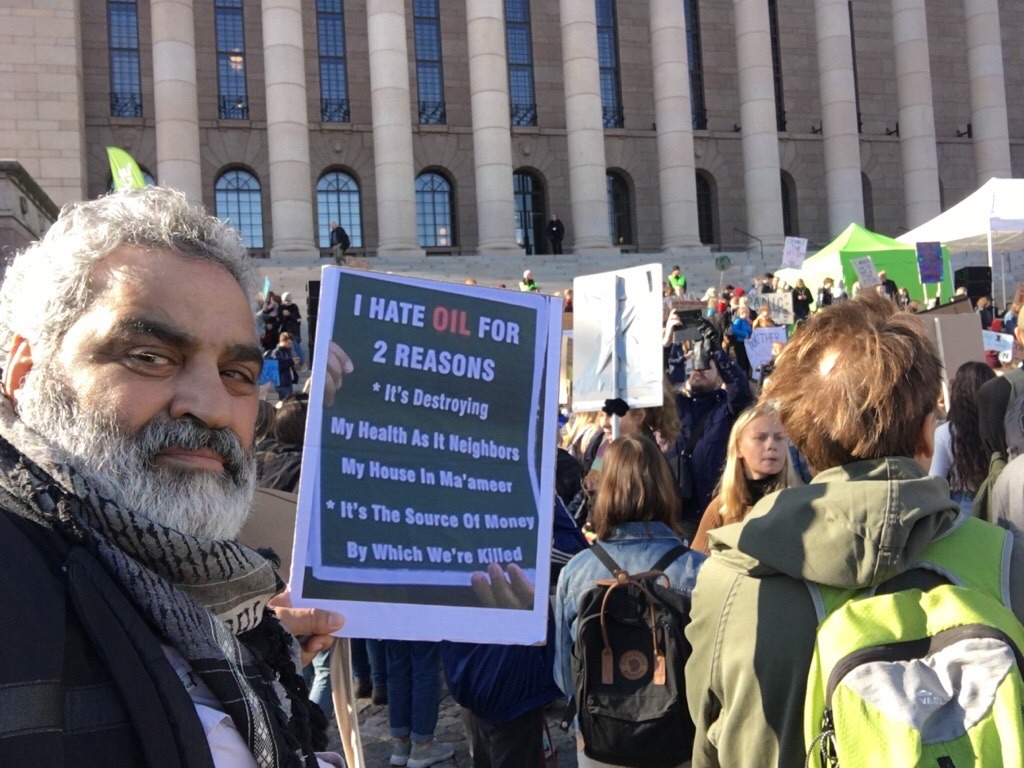 Join us for a talk by Mohamed Jawad Husein Hameed, a Bahraini musician and singer and the first Artist and Ecologist at Risk Resident at AR-Safe Haven Helsinki.

Mohamed Jawad Husein Hameed is a Bahraini environmental activist and musician. Jawad, as he likes to be known, grew up in Ma’ameer, a village in the Kingdom of Bahrain that is surrounded by over 130 polluting factories, industrial workshops, petroleum and petrochemical plants. As such he became aware of environmental damage at an early age. Throughout his career, he has been engaged in drawing attention to environmental and human rights abuses in his country and region.

In this talk he will discuss the environmental hazards faced by residents of his village, his long-time activism and attempts to mitigate the damage. He will also discuss the toll this has taken on his own freedom, rights and ability to make his own livelihood.

The talk is co-hosted by Perpetuum Mobile (PM) and the Bioart Society.

Jawad Hameed is an Artists at Risk (AR) and Ecologists at Risk (ER) Resident at AR-Safe Haven Helsinki, curated by Perpetuum Mobile (PM) and hosted by PM at HIAP - Helsinki International Artist Programme on the island of Suomenlinna, Helsinki.