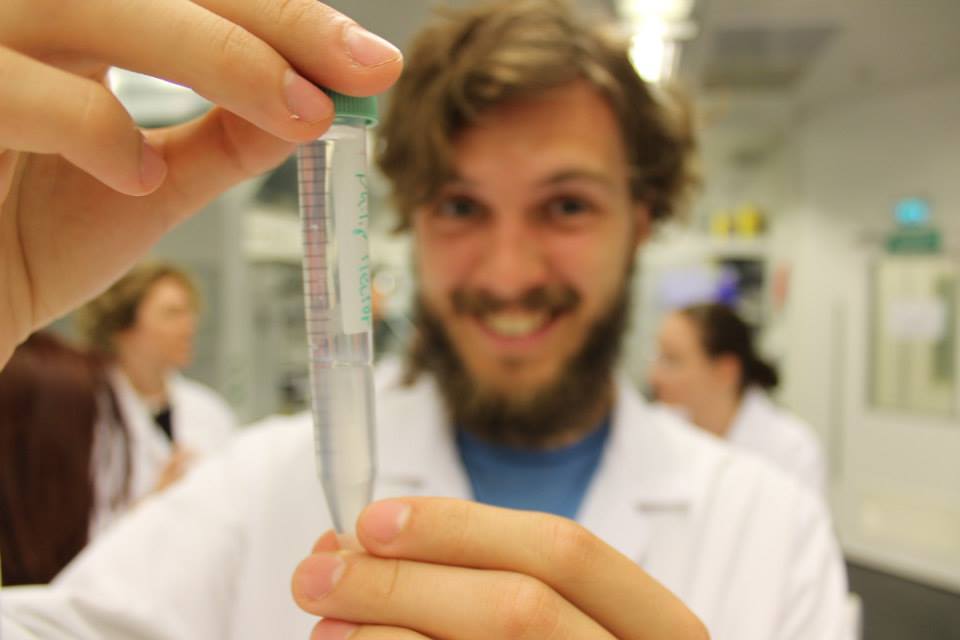 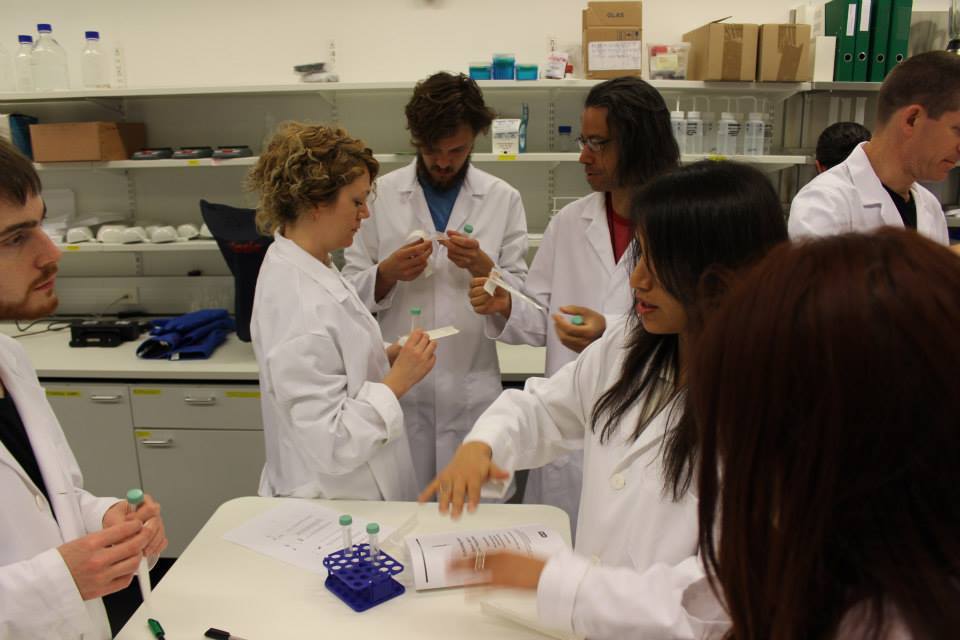 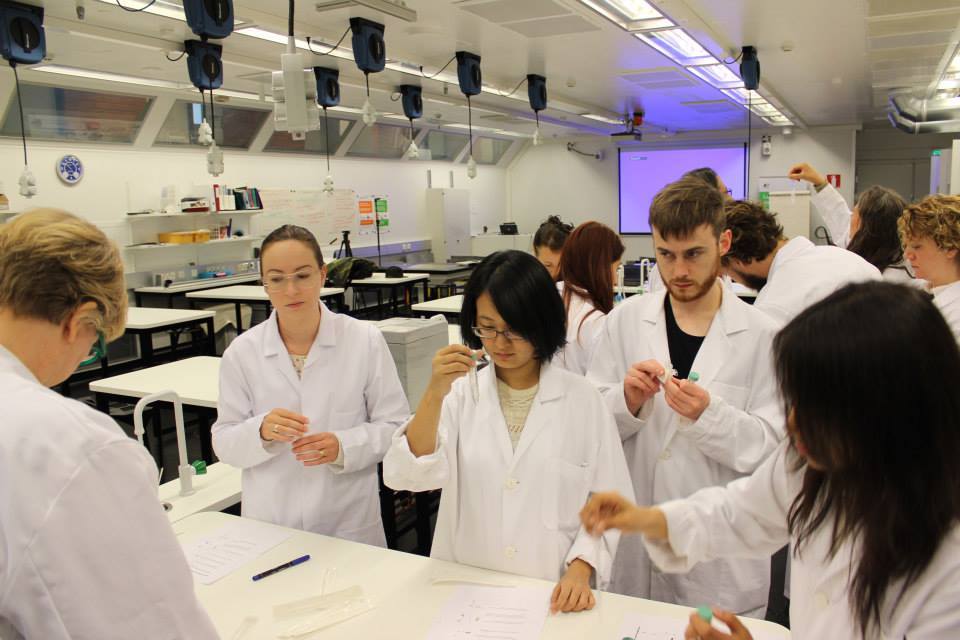 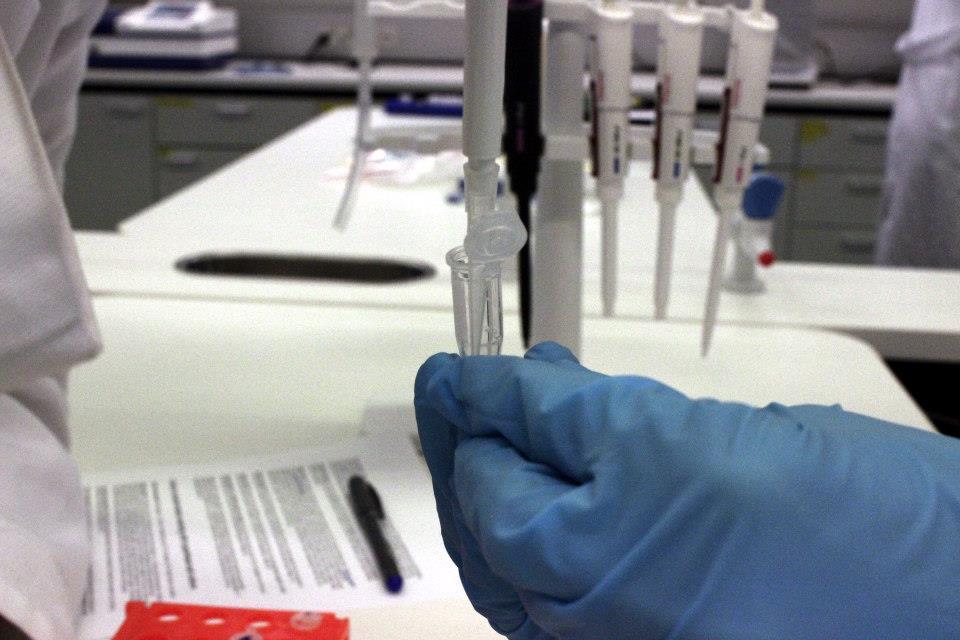 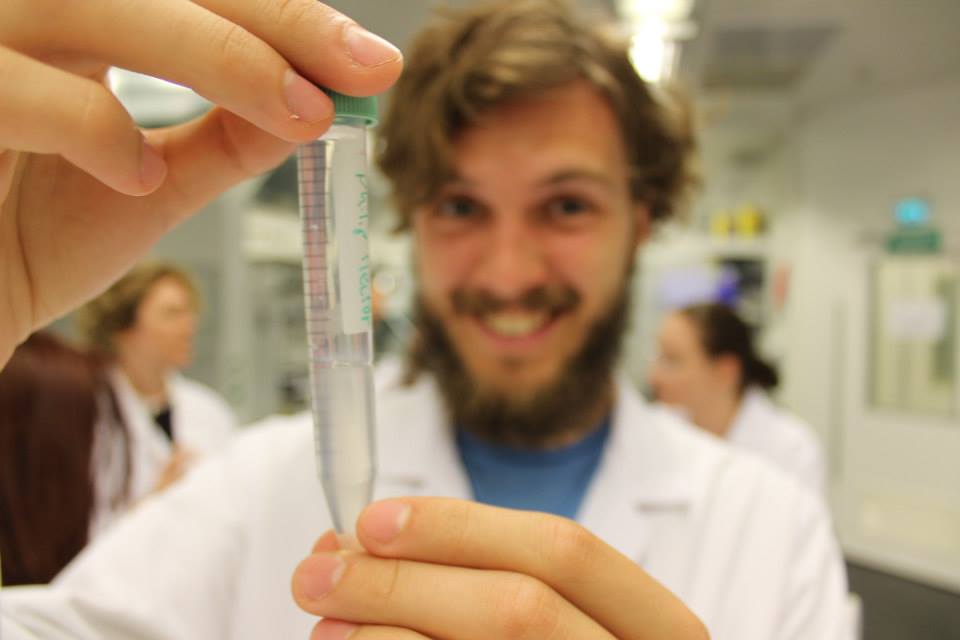 "Are you ready to become a genetic engineer?"

DNA: deoxyribonucleic acid, a self-replicating material which is present in nearly all living organisms as the main constituent of chromosomes. It is the carrier of genetic information. The fundamental and distinctive characteristics or qualities of someone or something, especially when regarded as unchangeable.

Plasmid: a genetic structure in a cell that can replicate independently of the chromosomes, typically a small circular DNA strand in the cytoplasm of a bacterium or protozoan. Plasmids are much used in the laboratory manipulation of genes.

"What is the difference between molecular biology and synthetic biology?"

Synthetic biology builds on the advances in molecular, cell, and systems biology and seeks to transform biology in the same way that synthesis transformed chemistry and integrated circuit design transformed computing. The element that distinguishes synthetic biology from traditional molecular and cellular biology is the focus on the design and construction of core components (parts of enzymes, genetic circuits, metabolic pathways, etc.) that can be modelled, understood, and tuned to meet specific performance criteria, and the assembly of these smaller parts and devices into larger integrated systems that solve specific problems. [source] 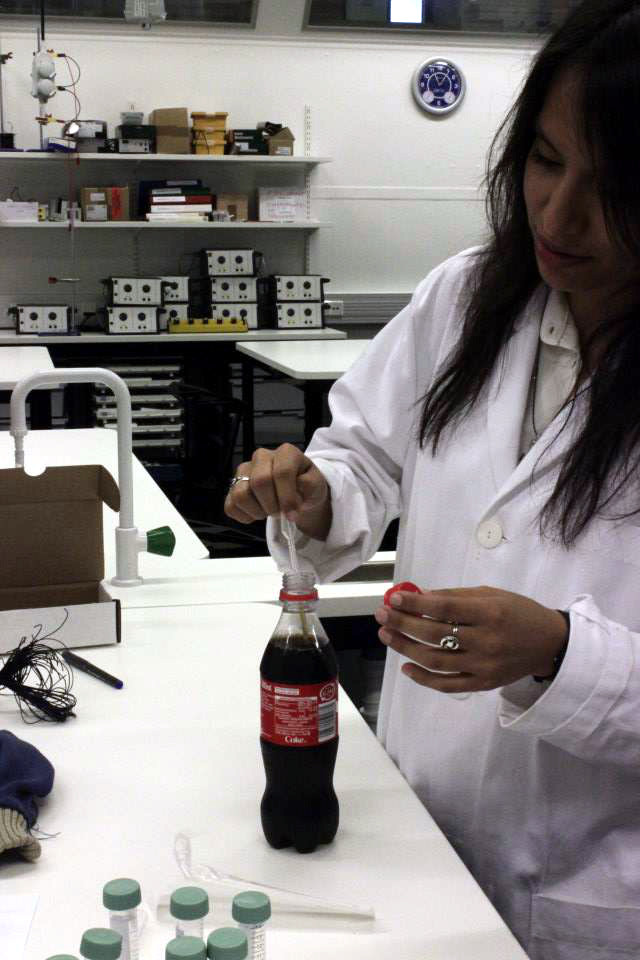 After lunch and some sunshine (at least for a few), we continued this intense day with a talk by Orkan Telhan about the magnetic bead kit!

As a starting point Orkan was pointing out some I assume very basic knowledge - however I was struggling quite a lot in the beginning! It was very good though to hear e.g. why SB (synthetic biology) is different from MB (molecular biology):


We were also discussing the use of the term "genes", Orkan was sketching an umbrella like description of the relationship between genes, devices & applications:

He has been working with Synbiota, which acts as a platform to buy e.g. the Genomikon Beta Kit.

As far as I understood it, with the Genomikon what you can do, is basically design your plasmoid in a software, and then implement it in the lab to test it.

So you go from biology to a computational model and back to biology again, but the software part here is not to be understood as an actual simulation. More like a planning tool!

What we did in the afternoon session, was a bead based assembly in groups of 3 persons. 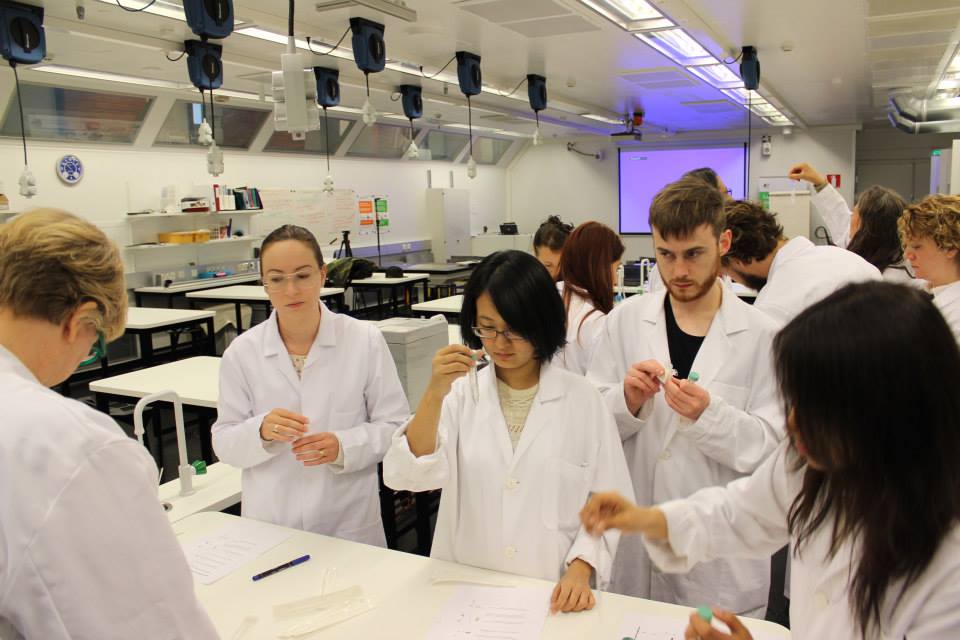 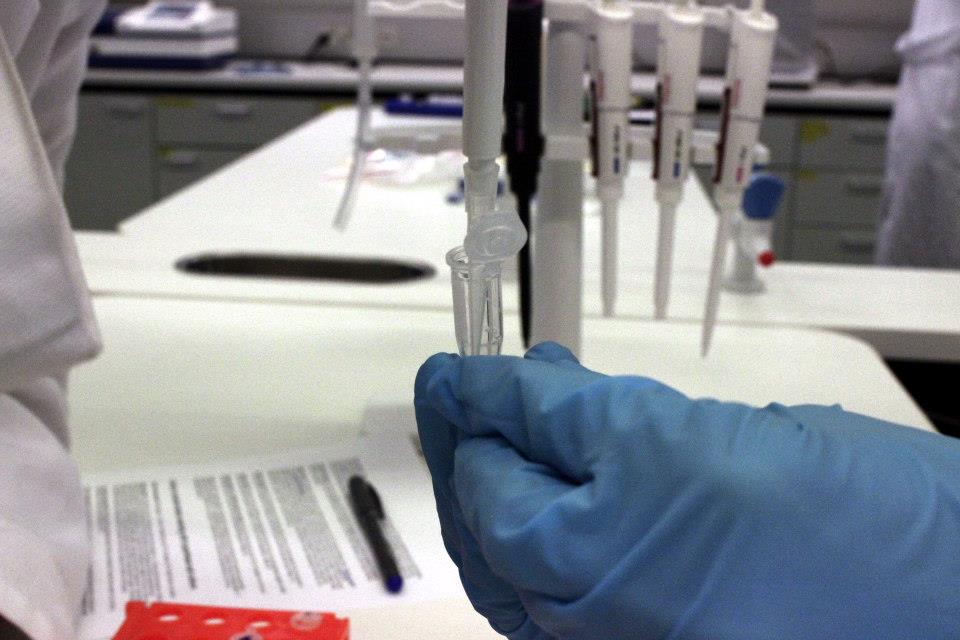 We designed our own construct, the following one was suggested by Orkan himself.

When talking about the competition in Hackathon, Orkan referred to the winning team as the one who did the most violation...strange expression but true in this case!!

The day ended with a talk by Helena Shomar, on how she is using such tools in her scientist real life!

She mentioned amongst other things, the existence of SBOL, which stands for synthetic biology open language. As far as I can recall the idea here is to come up with and stick with a shared language and fixed colours e.g. to indicate specific terms!  www.sbolstandard.org

Another page she was referring to was Geneious: a software which is to me "only" starting at around 100 bucks, compared to the amount of money you might end up paying for a proper CAD modelling programme this seems to be rather affordable in my eyes, no?!  www.geneious.com

In case you aren't very fond of the exact modelling Helena provided us with Tinkercell: a CAD programme where you can basically draw an image of the components you want and based on that it tells you how it will behave.   www.tinkercell.com

Another SB tool site which is cloud based and to me looked like some crazy scientist version of a social web platform.  benchling.com

Last but not least a site where to order various components which you need for all this spooky cloud-based SB tinkering!  www.sigmaaldrich.com