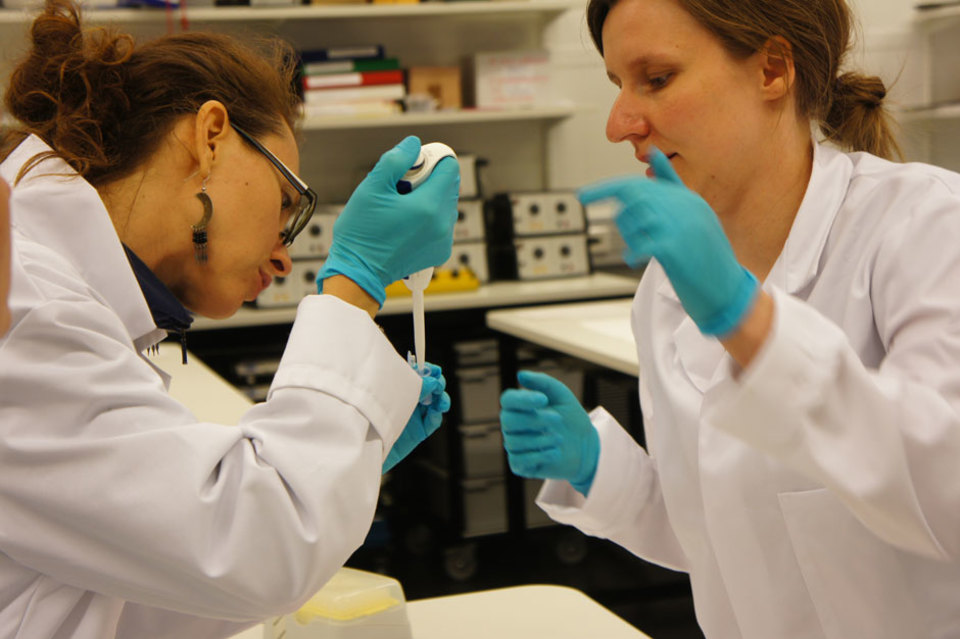 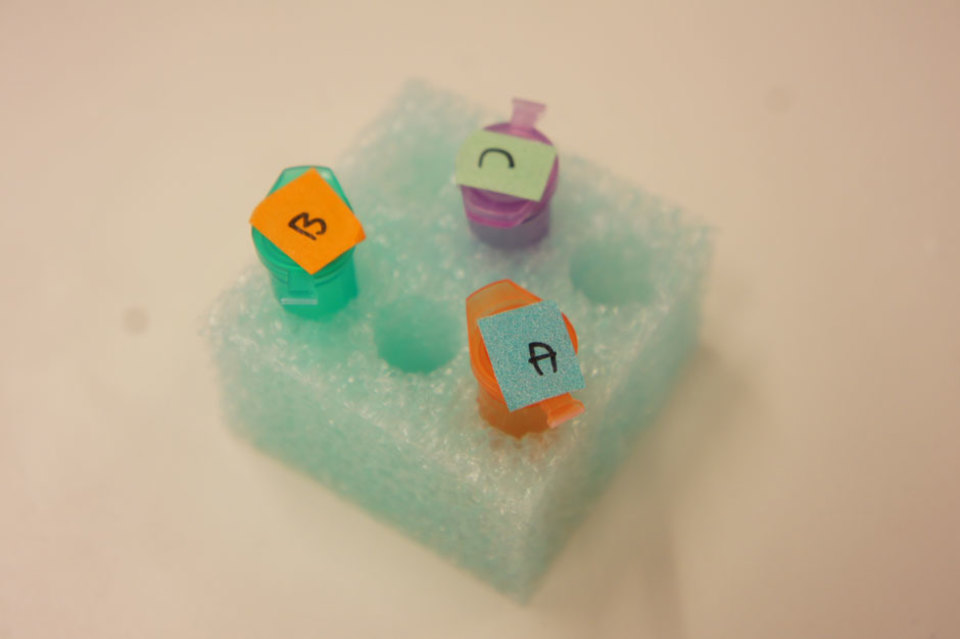 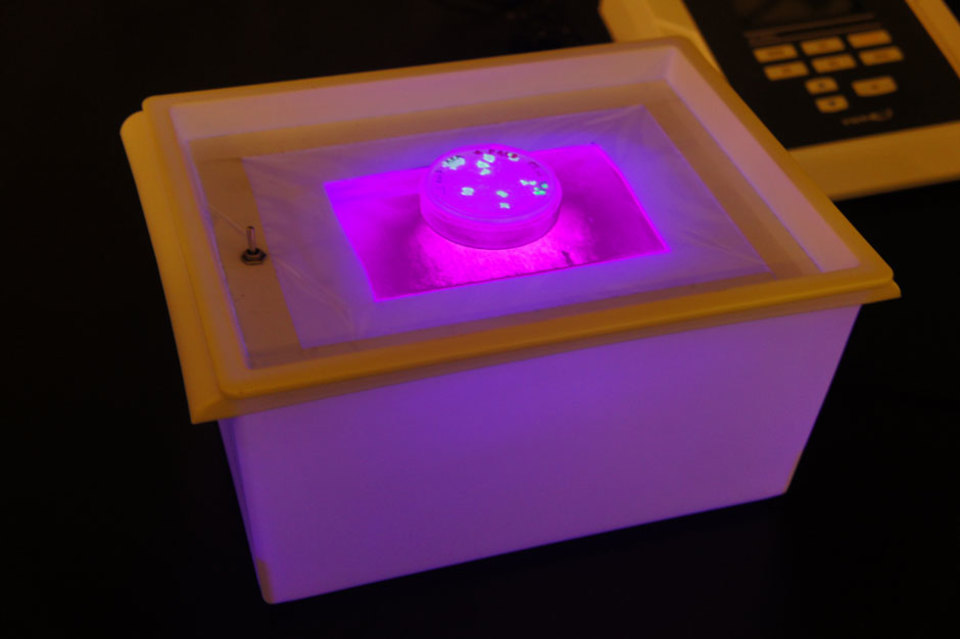 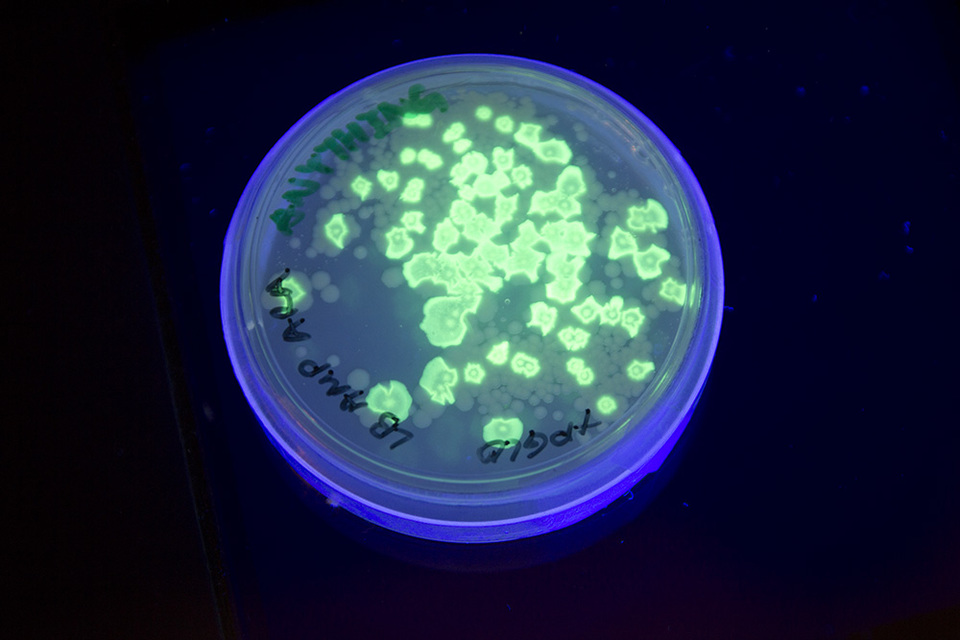 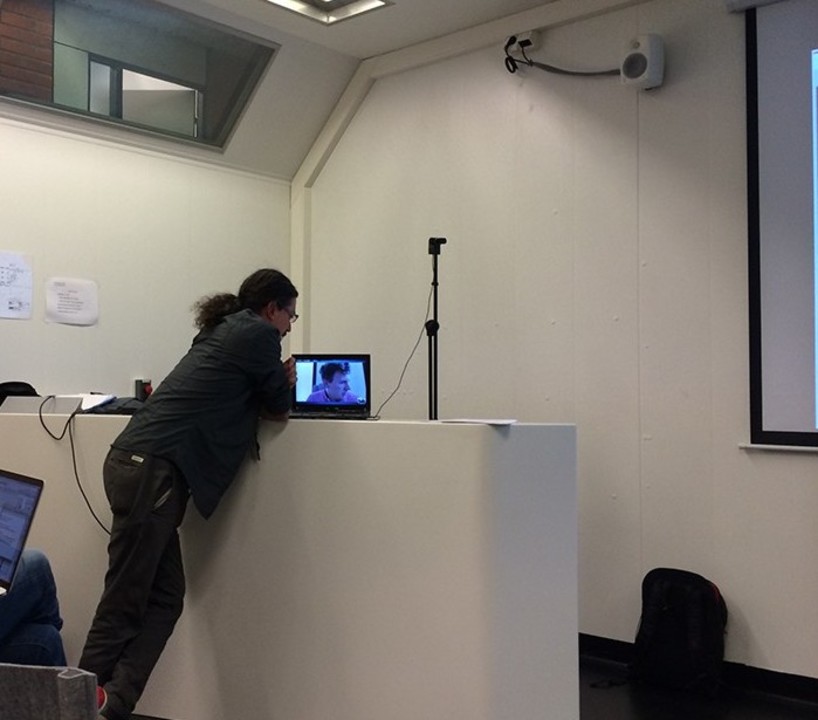 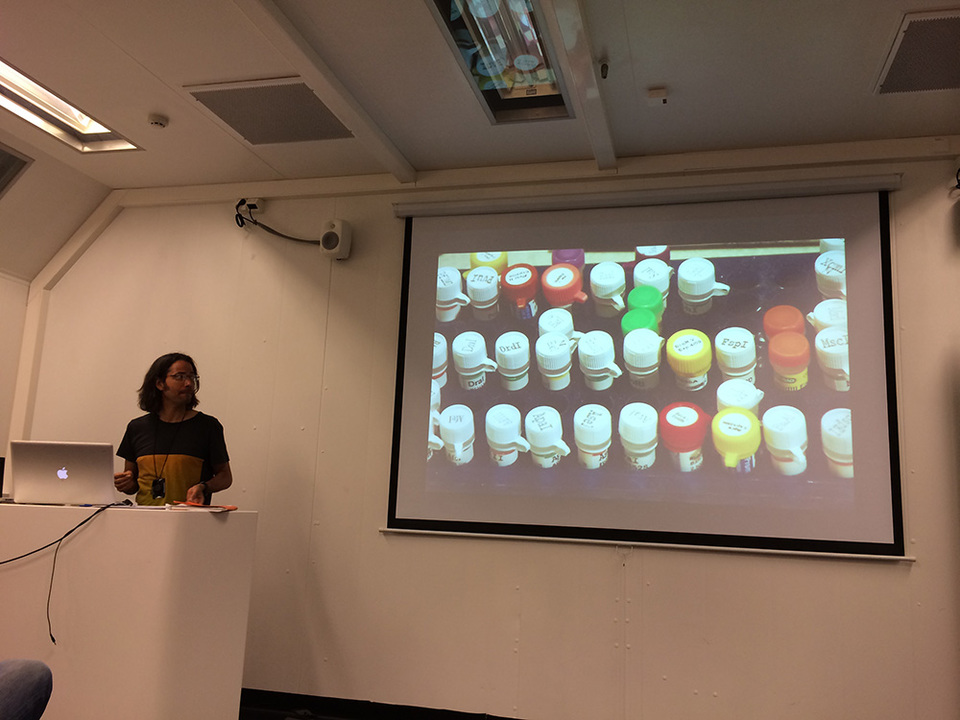 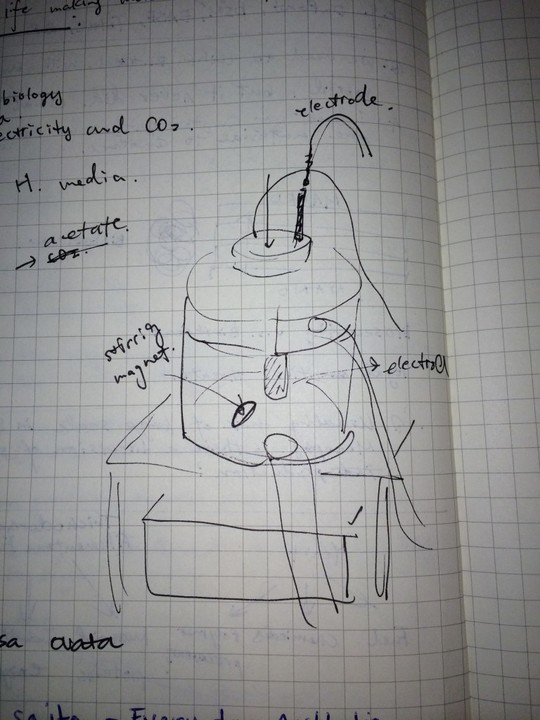 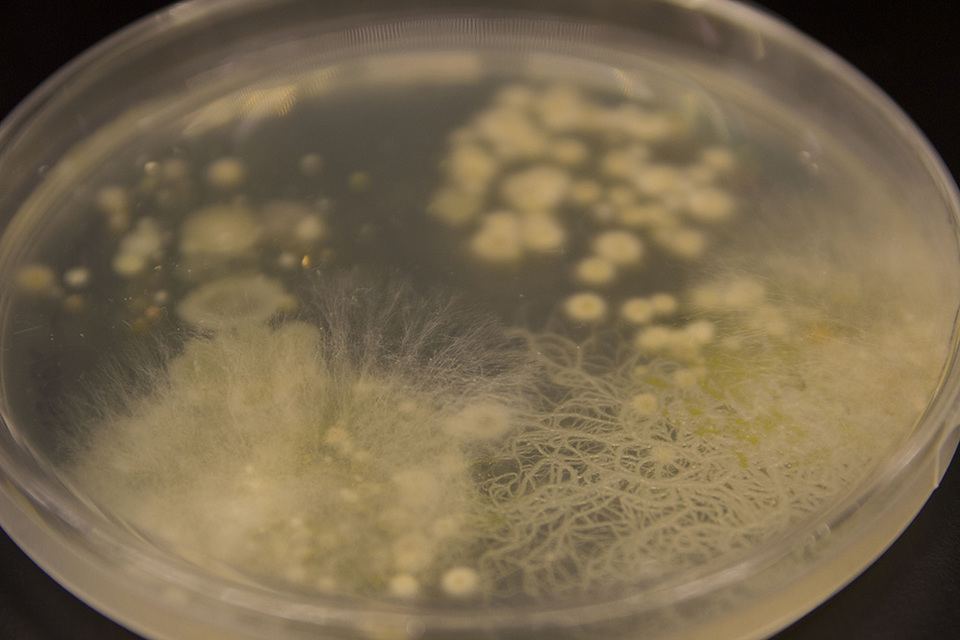 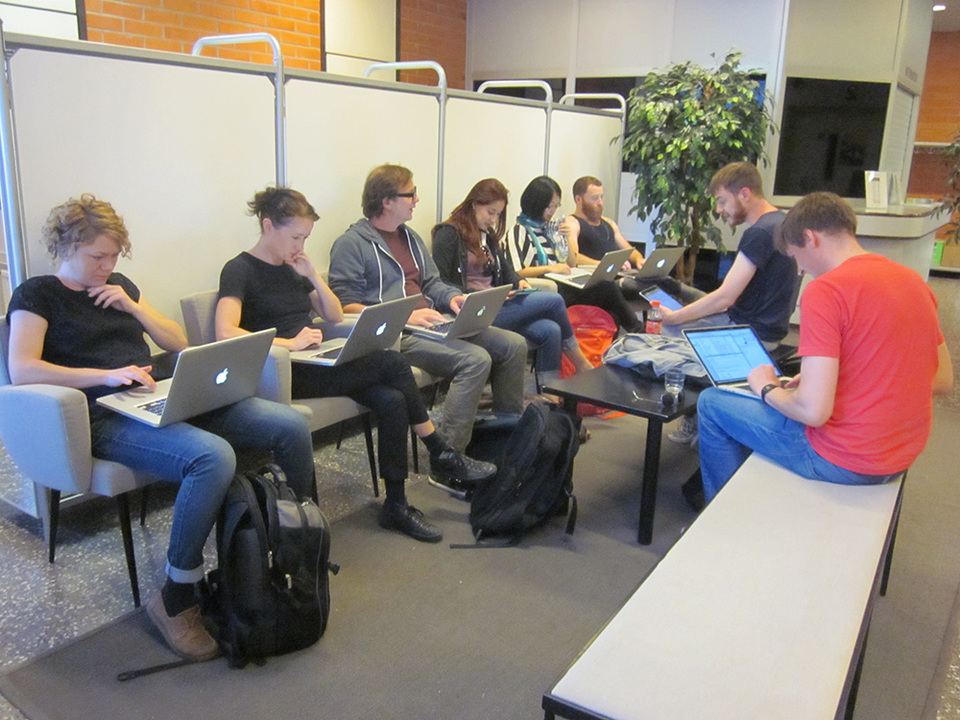 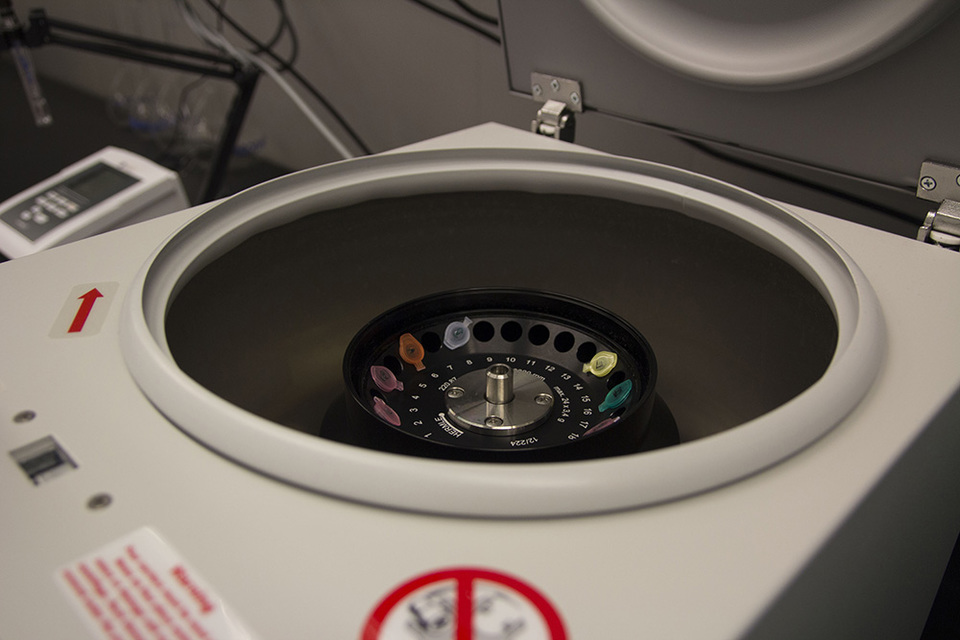 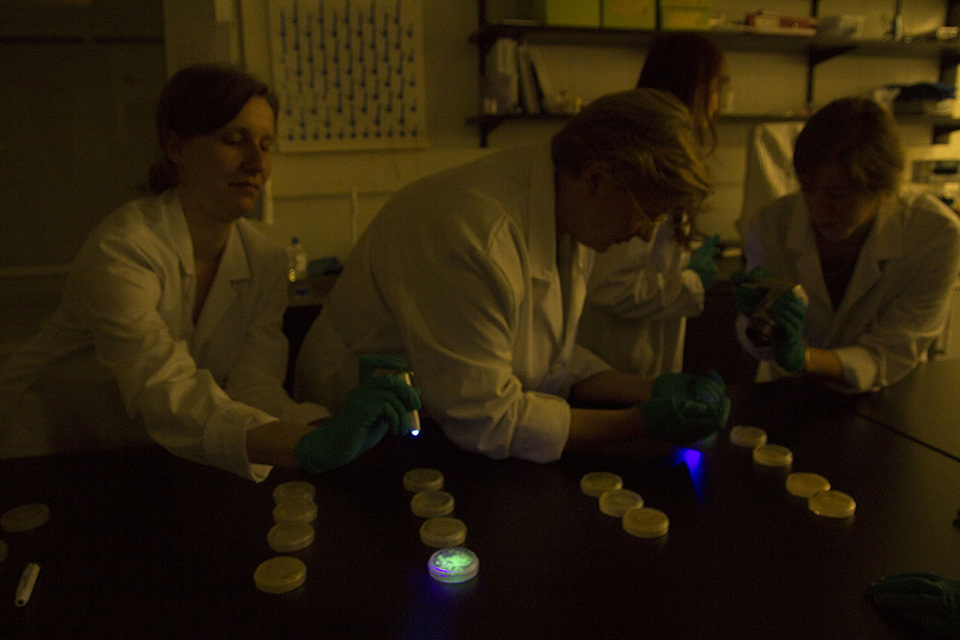 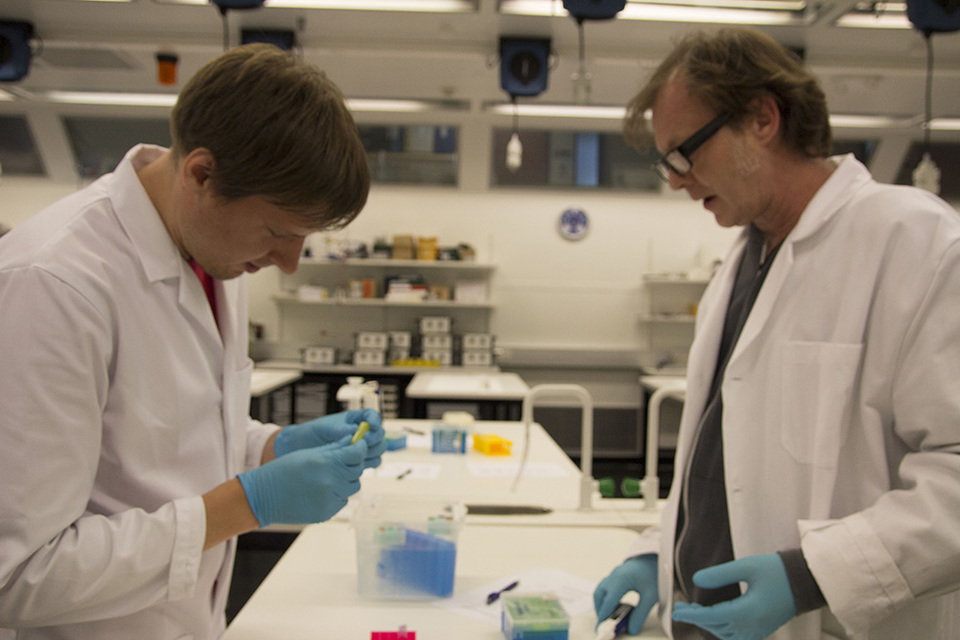 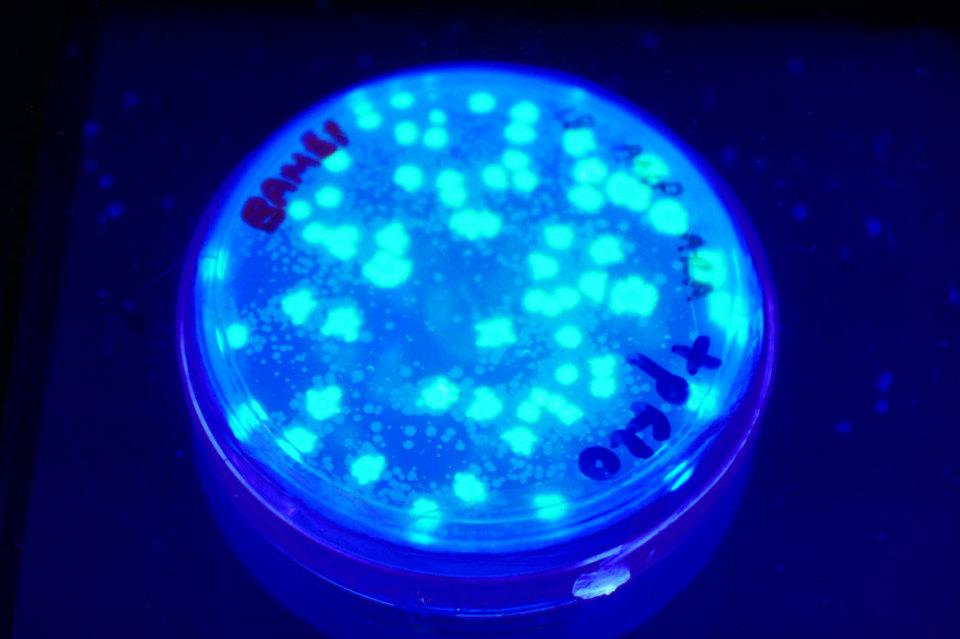 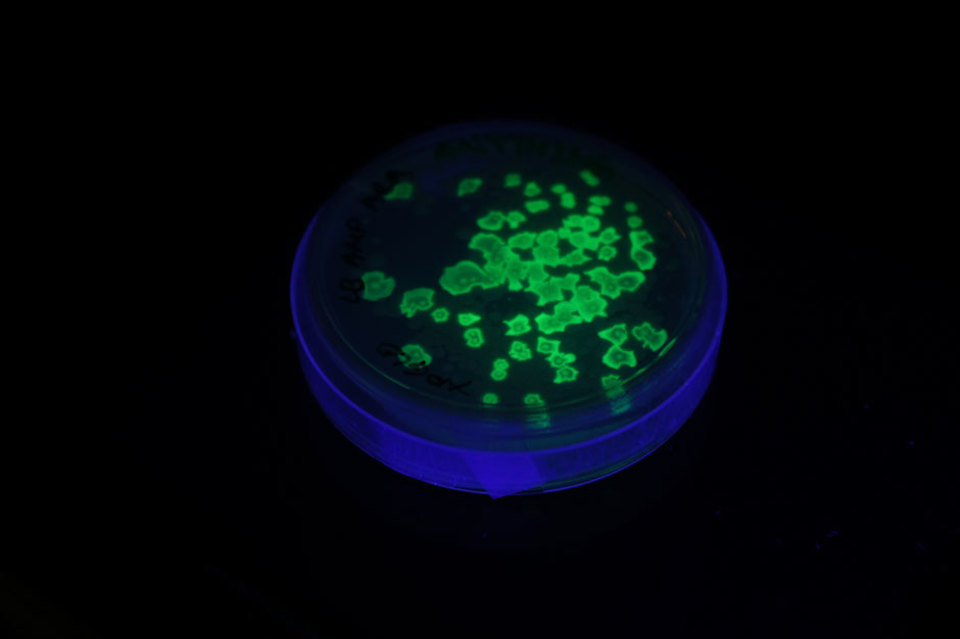 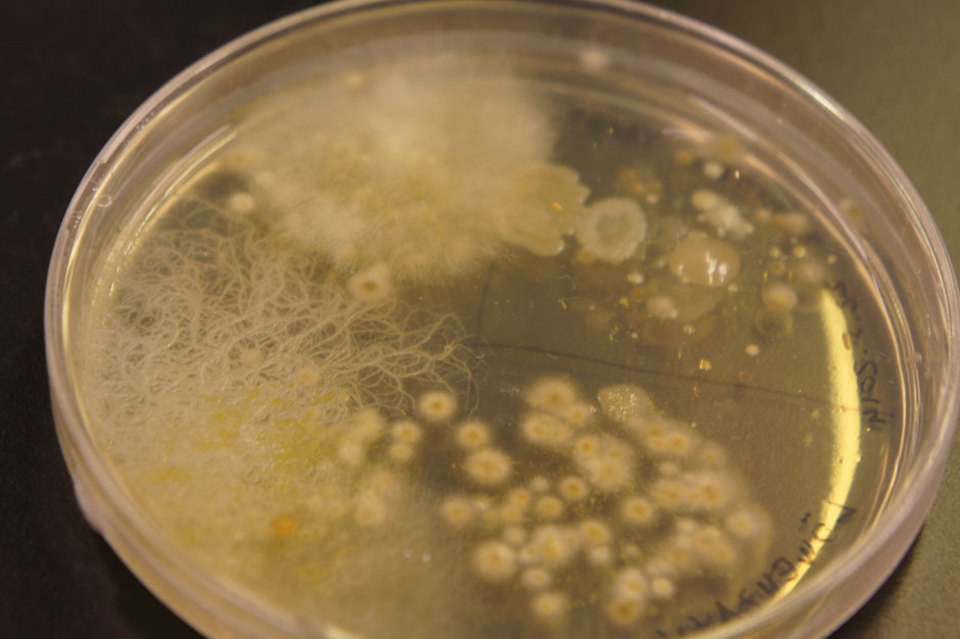 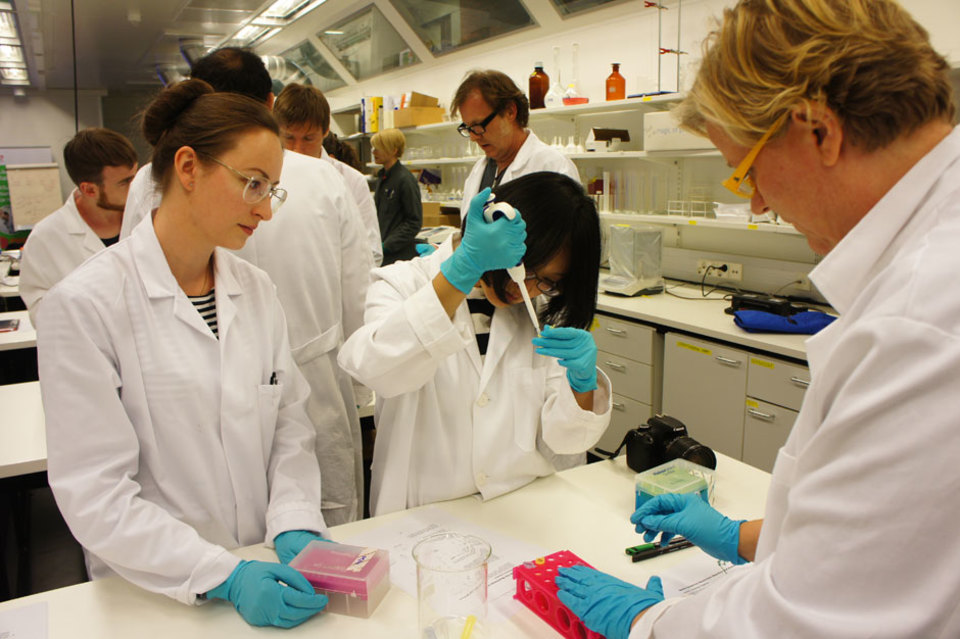 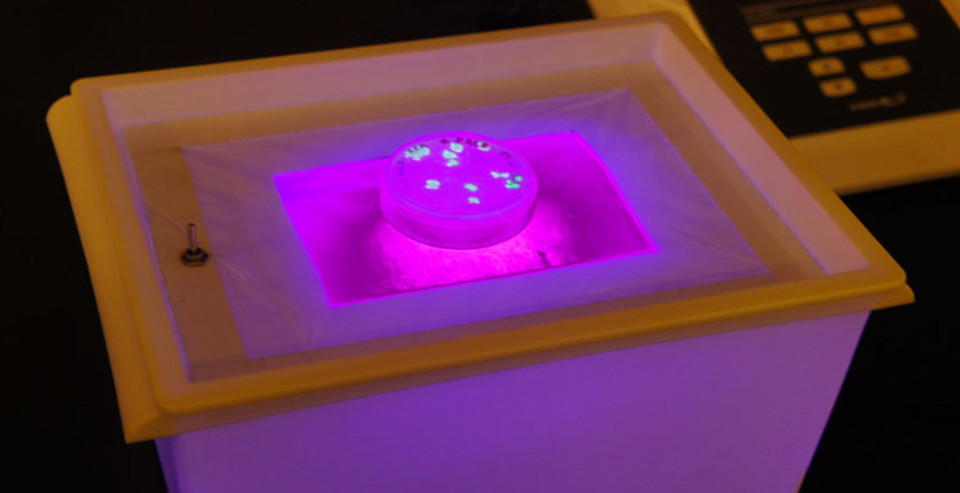 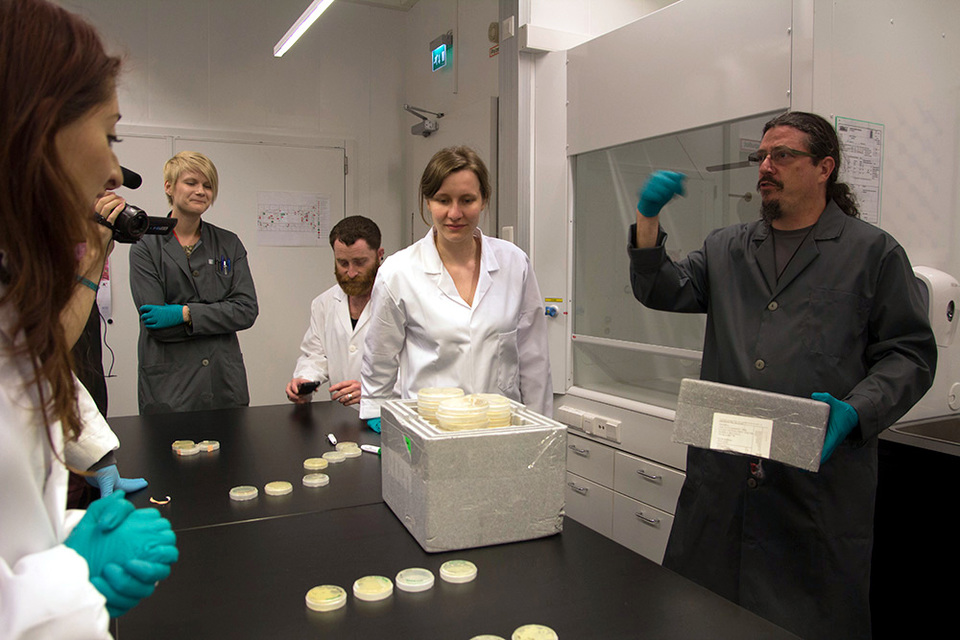 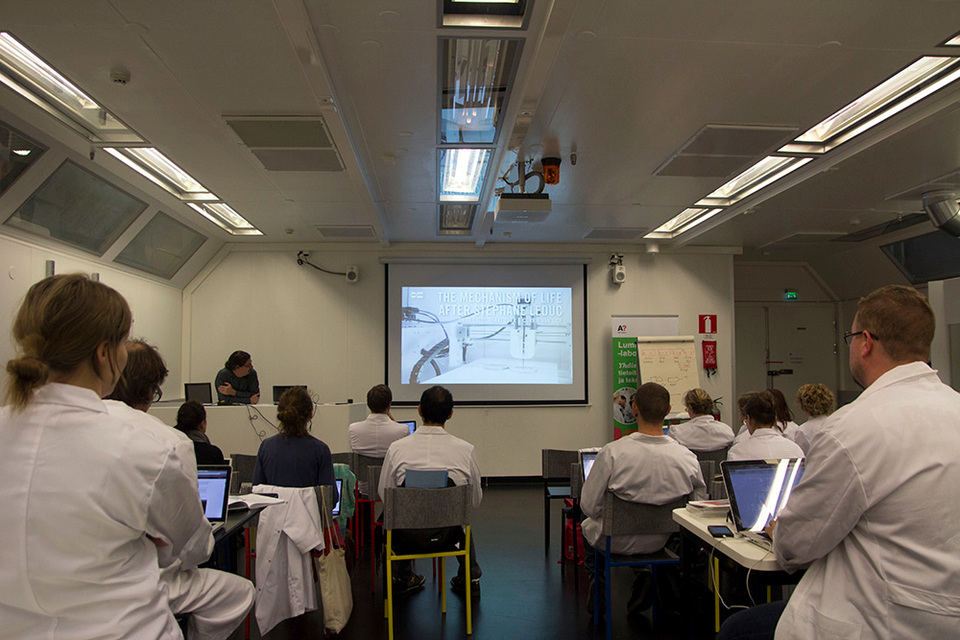 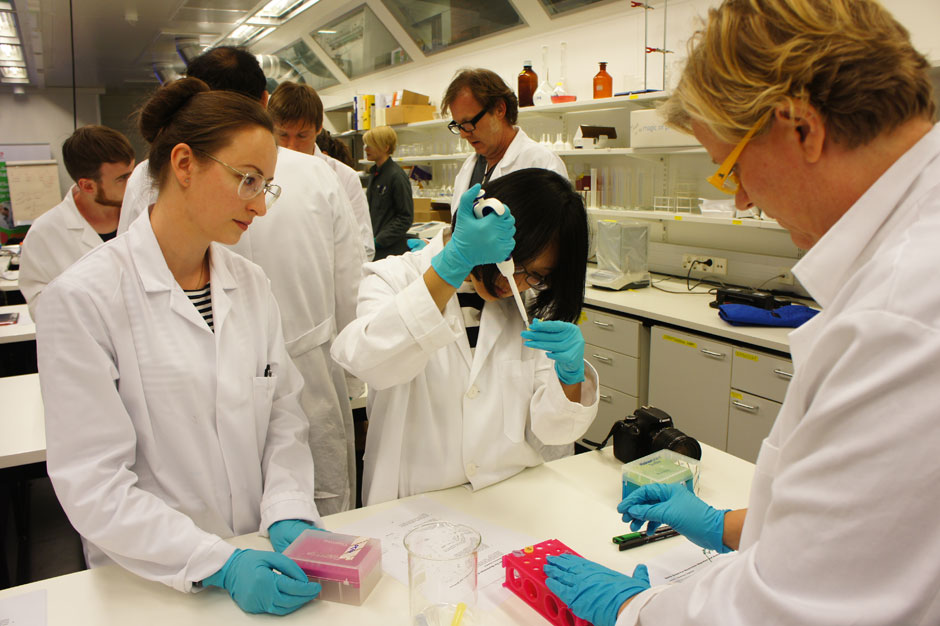 "What I cannot create, I do not understand"    -Richard Feyman

The morning started with a talk on "Synthetic Biology for a Suitable Bioeconomy" and tour at VTT by Merja Penttilä.

VTT is a non-profit research organisation that provides research for both Aalto University and commercial businesses. The talk informed us of VTT's hope to contribute to change for the future, focusing much of its research into replacement for oil, novel technologies, prevention of CO2 Climate Change, industry transition, diverse bioeconomy.

Merja made two clear distinctions for the terms Biotechnology; the use of living organisms or their parts in industrial production, and Synthetic Biology; design of new biological functionalities by man. She led us through a number of examples for potential biological systems that could be used to our advantage including:

- Bacteria that use internal magnets for orientation.

Many of the larger coporations are now turning to biotechnology including Dupont, DSM, BASF, Total, BP and Neste oil for solutions to the depletion of oil, but at the moment the production of waste from the industry is still a problem which needs to be addressed.

Thierry concludes the morning's discussion with this thought...

“We make patents not money” 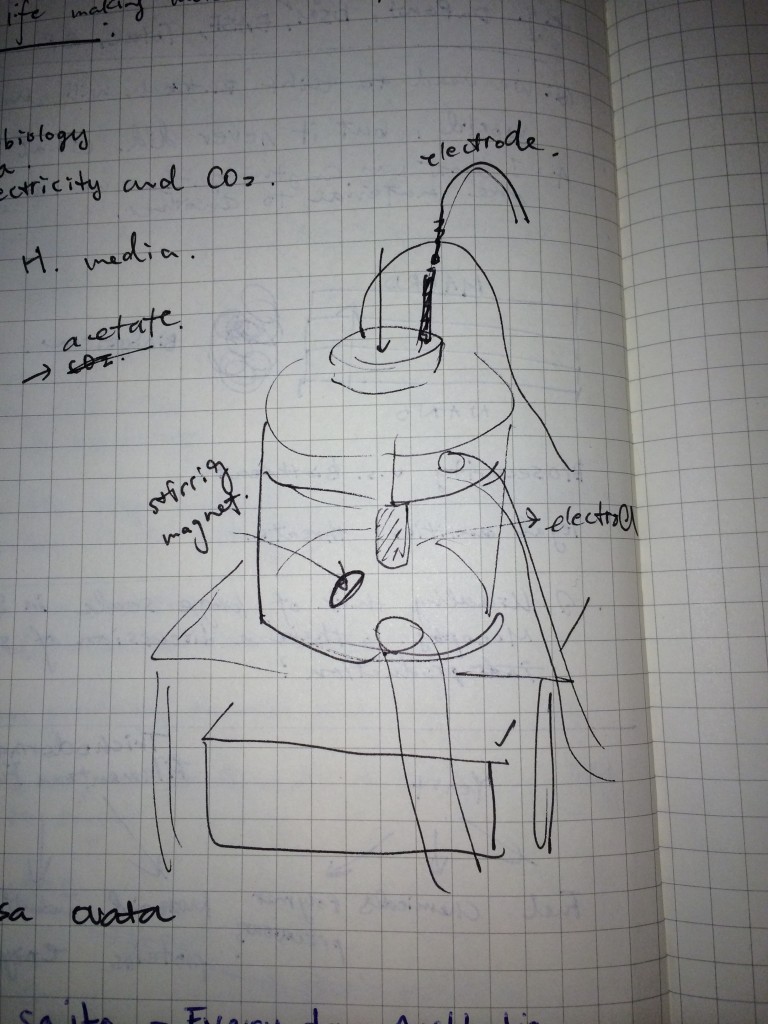 One of the lab experiments is to harvest the Sporomusa ovata for turning electricity into acetate.

Markus Schmit works in the company named BioFaction which mainly is about risk assessment in biotechnology. He also runs the BioFiction film festival. He had an exhibition called Synth-ethic in Vienna in 2011.

BioFaction is generally involved with the risk assessment of emerging new technologies, especially biotechnology. At the same time, the company also does science communication and public engagement, as well as art-science collaboration.

In the history of science development, we go through the phases where we observe, analyse, and synthesise the field of study. For example, Physics and Chemistry both have reached the stage that we are capable of synthesising things in the way we want. On the other hand, we are just starting to go into the synthesis phase in Biology.

Take engineering for example, we first observe birds, then we try out wings, and eventually we are capable of building airplanes.

The following are the engineering principles:


Markus then introduces a few directions which will be the next waves of major topic in Synthetic Biology:


Q: Why is there no question about bio-weapons?

A: There is biosafety and biosecurity. Biosecurity is intended for misuse (bio weapons). In the US there’s biodefence. The question is do we know everything related with biosafety, biosecurity?

After the talk we went to the lab and got enlightened by green fluorescent E.coli - the bacteria we transformed on Day 2.

And we managed to test our DIY illuminator from Saturdays workshop... looking good!

Paul Vanouse introduced us to the world of restriction enzymes. 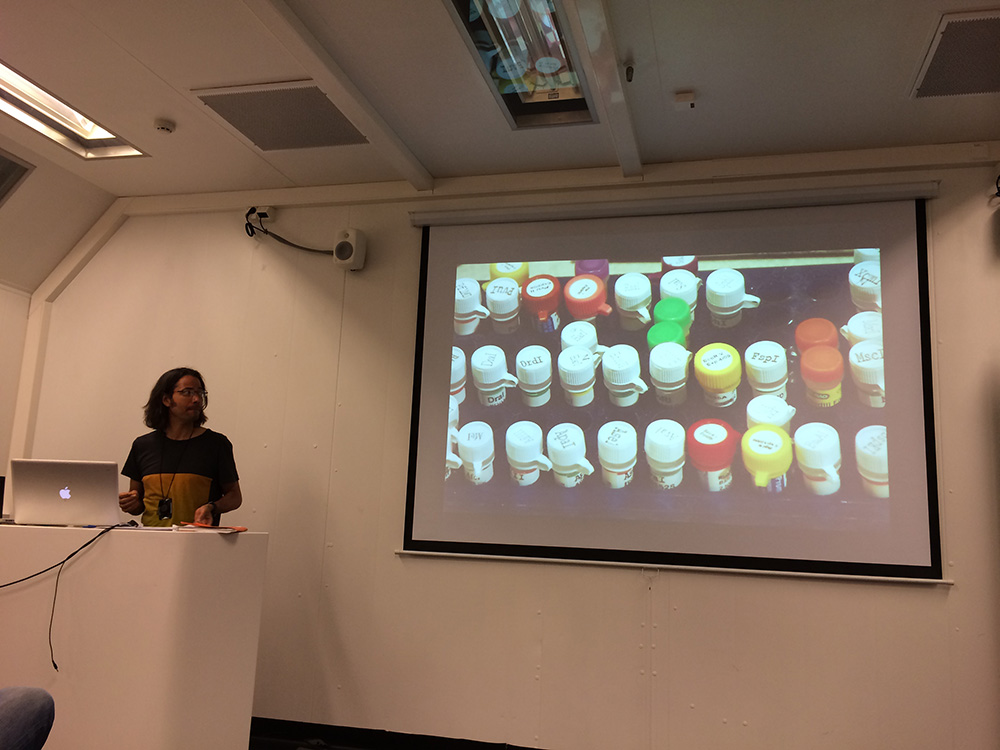 Restriction enzymes cut double stranded DNA at specific recognition sites. These enzymes were discovered in bacteria. They use them to cut foreign DNA (viral) out of their genome, to prevent self cutting the restriction sites in their own genome which are methylated and cannot be detected by the enzymes (see http://en.wikipedia.org/wiki/Methylation).
The recognition sites are normally 4-8 base pairs long and form an inverted repeat. The enzyme cuts DNA either at the same point leaving blunt ends or in a staggered fashion leaving DNA overhangs, the so called 'sticky hands'.
Restriction enzymes are extremely useful in genetic analysis (DNA fingerprint) and genetic engineering (cloning of genes into a vector). After the introduction Paul gave us the challenge to find the cutter of the lambda DNA, a bacteriophage.
The suspects were: 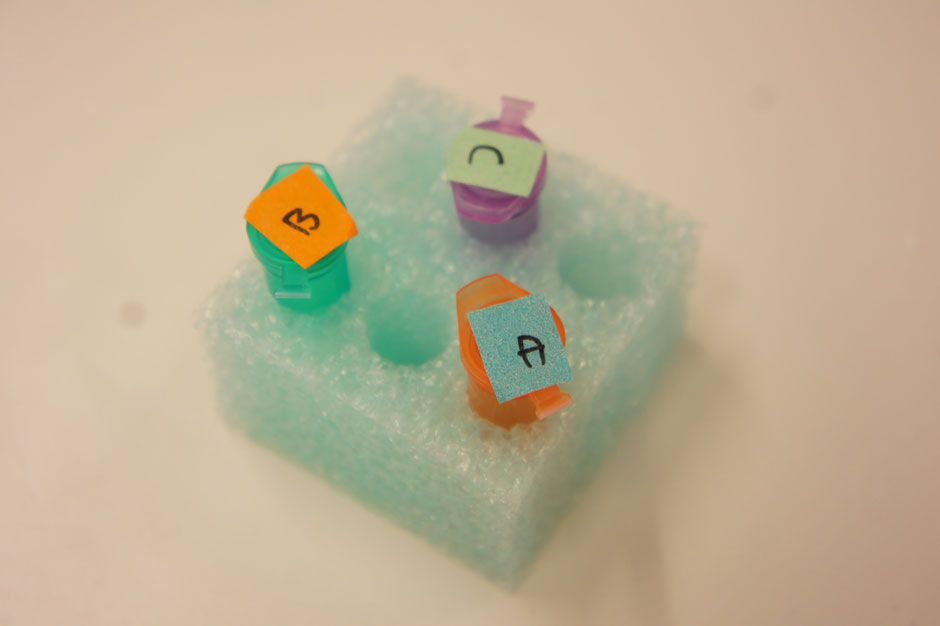 So we went to the lab bench and started pipetting.

Additionally we transformed some old E. coli with the bead based assembled plasmid from Day 2. And we were looking at the bacteria we collected the day before. 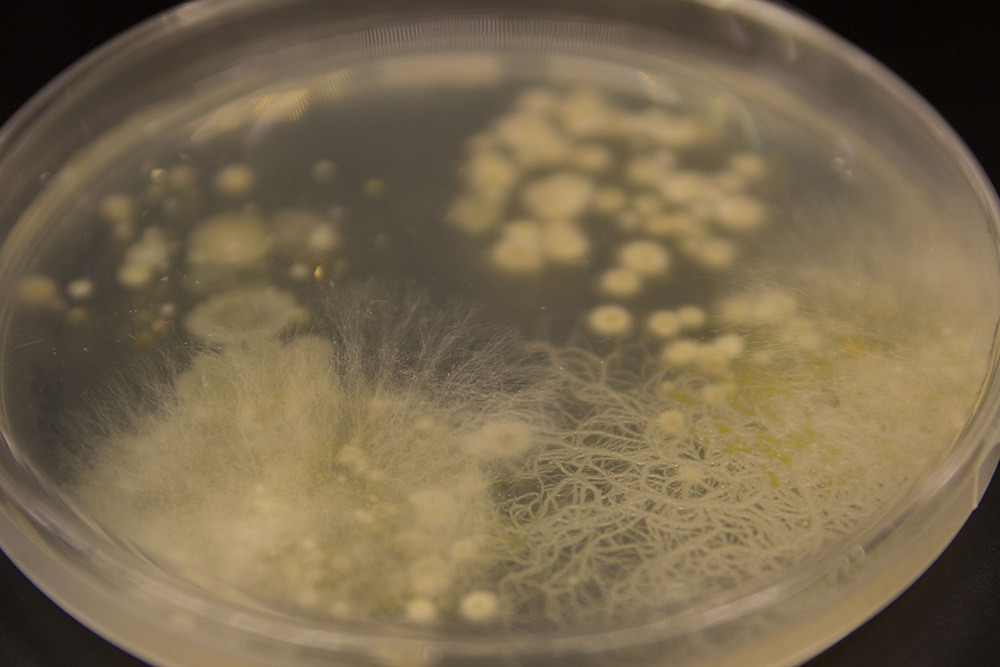 Oron ends the day with introducing protocell and showing us his work exhibited in Science Gallery, Dublin earlier last year. 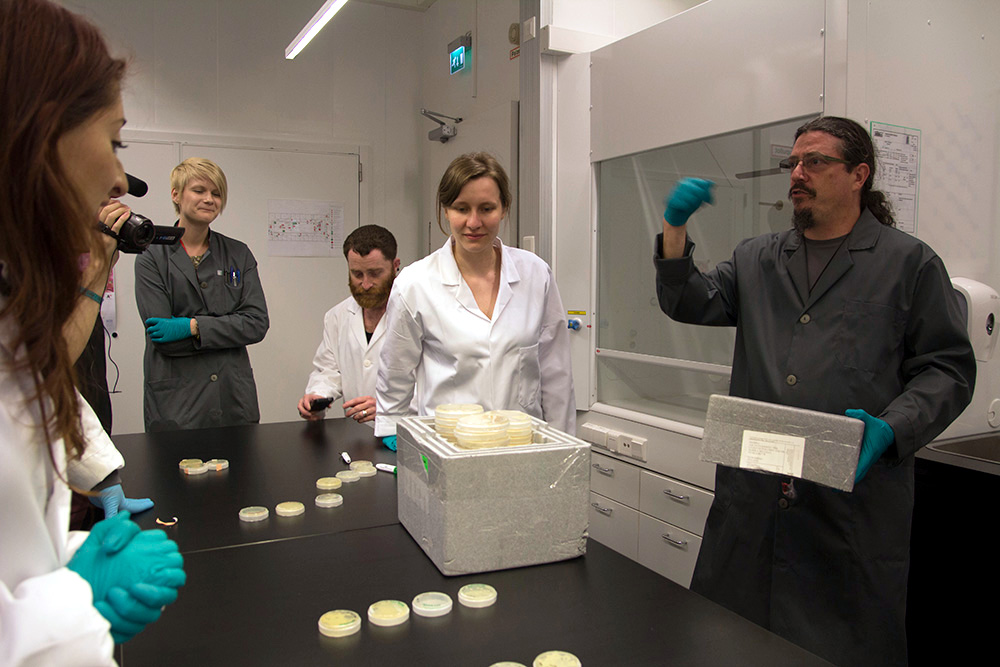 The Mechanism of Life - by Stéphane Leduc, published in 1911:

Using seductive imagery of mainly diffusion and osmosis, Leduc attempted to prove the mechanistic aspects of life and challenge vitalism, the theory that the origin and phenomena of life are dependent on a force or principle distinct from purely chemical or physical forces. 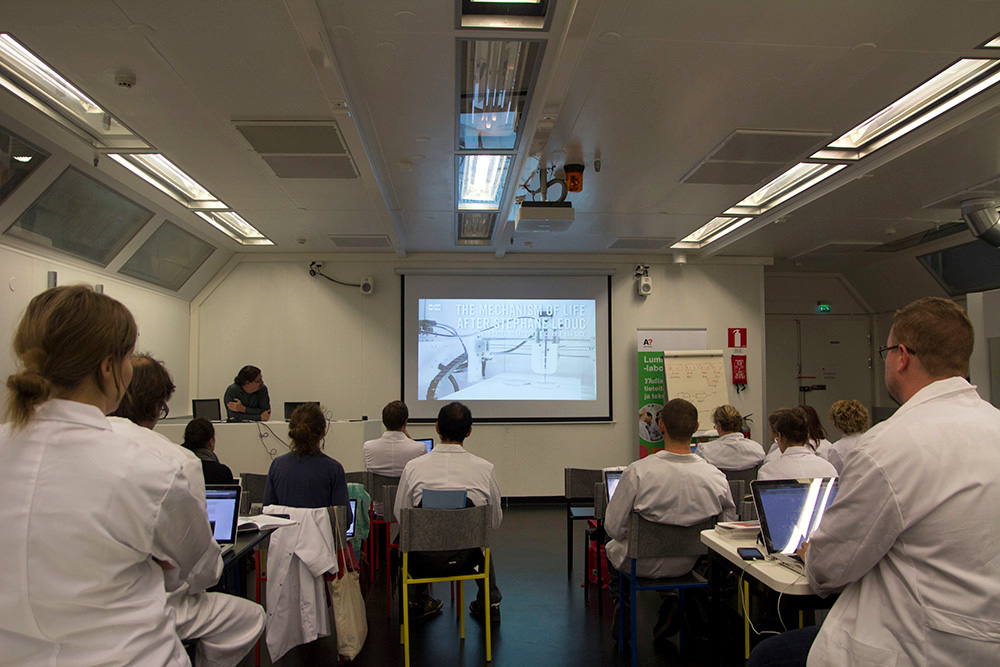 A photo gallery from the day: